Look what I found at JCPenney..... 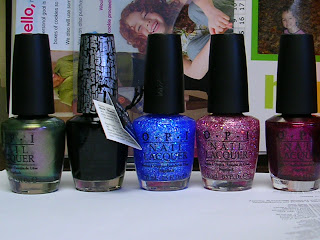 I heard on MUA that JC Penney's had the entire line, despite the fact that TD was sold out, and every other salon, supply and store said "They are back ordered, no one has them"..AH HA..not true, JC Penney had them and they  had a lot!!!!

Also when I was taking a pic of the display, the woman said "Your taking a picture of the display too?"..I explained to here it was for my blog,  and she looked at me as if to say "people talk about this on the Internet?"...LMAO...it was priceless! 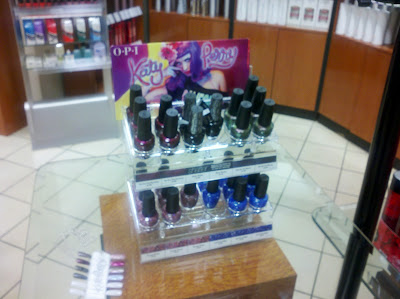 Now whats even more funny is that I can't swatch these yet, because I'm wearing  the Sally Hansen Salon Effects Nail Strips..ha ha ha ha ha, so I have to wait till after Friday, to try them out!!!!

Ha ha!! That's great...cosomoprof and my other beauty store doesn't have them yet.

Run ladies, run to JC Penney (call first to make sure they are not sold out)..LOL, I'll swatch these this weekend for the Monday post :):)

Just looking at the bottle, "Not like the movies" is off the chain!!!!!!

i waaaant!!! i'm sad because here in Brazil we don't have OPI stores :(

i love this blog!

love all the collection !! you're a lucky girl !!

i couldn't believe TD sold out in one day! i found them at JcP also. i'm going to Dillards tomorrow to get Serena's polish :)

I wish we could find OPI here easily too. Looking forward to your swatches ^^

No luck My JCP didn't have any. So to console myself I bought a pretzel at the food court.

@Beata- Pretzels are good too! :) Were they out? or have they not received the colors yet?

You're so lucky! I stared open mouthed when I saw they were sold out on TD. Booo.

They didn't receive the Katy Perry OPI yet...didn't have a date either. argh! I did enjoy my pretzel: cinnamon sugar goodness!

I ran my butt over there today...and snagged the last 2 of the shatters. I did get an extra bottle of Not Like The Movies and Teenage Dream.

So glad I dropped in on your blog last night. I got an early start today and was so happy!