Yeah, I realize that title sounds dirty, but it's not, I promise..LOL *crosses fingers and toes*

Here is the new color from OPI's Soft Shades Collection, Femme De Cirque Collection, "I Juggle...Men",, on top of some familiar OPI colors.

When I first saw this color, I imagined it on top of a black creme and then I started to think a little outside the box and started to think of some other OPI colors where the sparkle would really come out. 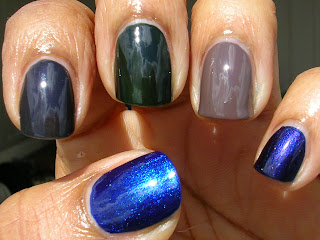 OPI Yoga-ta Get This Blue 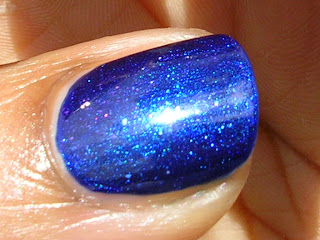 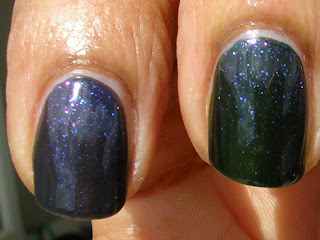 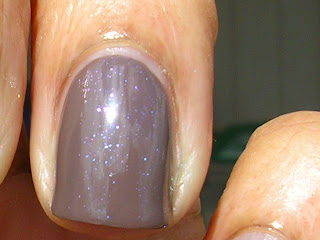 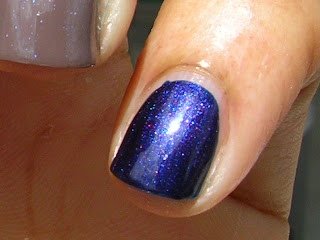 Then I decided 2 coats of "I Juggle...Men" was very necessary ;) 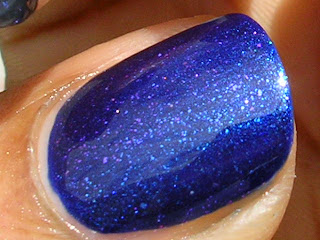 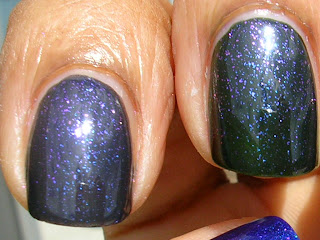 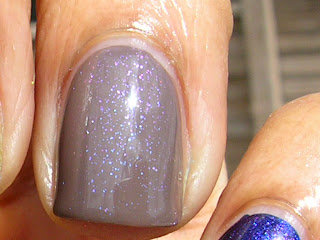 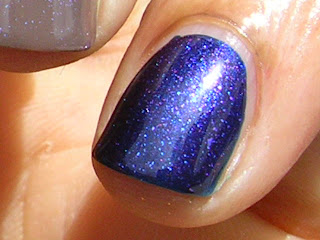 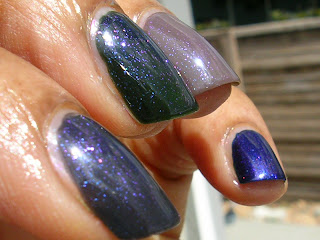 It's a nice subtle addition. Pretty!

@kittypolishnbags- I agree, great topper to "wake up" any boring creme!

Thanks for showing us what this looks like layered.

dang, thats such a pretty topper!!~ i like it over YDKJ!

I layered I Juggle on top of Zoya Dove. It created a great hidden shimmer to the gray.

I am actually wearing I Juggle...Men over Russian Navy right now! I wanted t see I Juggle...Men swatches, and I'm amused/happy to see that someone else tried this combination!

(It looks gorgeous over "Aragorn," I may have to hunt that one down.)